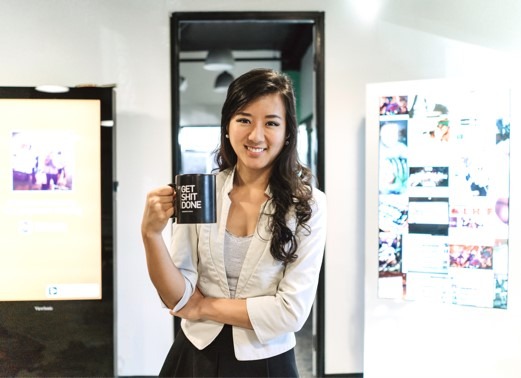 APEX and QR8 Group are proud to introduce Nanxi Liu, panelist for our Asian Women Leaders in Entertainment Panel and Networking Event.

Nanxi Liu, named Forbes 30 Under 30, is the CEO and co-founder of Enplug, a leading digital display software company. Enplug’s software is used to power digital displays inside Fortune 500 companies, stadiums, hotels, banks, elevators, and universities. The company is headquartered in Los Angeles and has global offices in Brazil, Poland, Japan, Australia, and the UK.

As a Partner at XFactor Ventures, Nanxi invests in seed and early stage female-founded companies. In college, Nanxi founded Nanoly Bioscience, a venture-backed biotech company that develops polymers to eliminate refrigeration for vaccines. It received the Top Research Award at the World Biomaterials Congress and is still successfully operating today. As a producer of the Amazon TV series, The Bay, Nanxi received an Emmy Award. She is a concert pianist and has performed live on NBC and ABC.

Nanxi is passionate about community service and serves on the Board of Directors for the National Foster Youth Institute, the Los Angeles Police Foundation, and Tiger Scholarship Foundation. Nanxi was the 2018 recipient of UC Berkeley’s Sather Gate Young Volunteer of the Year Award for her leadership in helping the university fundraise a record amount from alumni. Nanxi double majored in Business Administration and Political Economy at UC Berkeley.